Brunch Galveston style includes traditional brunch entrees and always includes seasonal fresh seafood from the gulf, as well as snow crab legs and crab claw on the buffet. Where are the best places in Galveston for brunch, you ask?

Historically, brunch is served on Sunday but there are a few places on Galveston Island where you can enjoy a late morning or early afternoon meal during the week and all weekend too. We’ve outlined them below, categorized by daily, weekend, or only Sunday brunches.
So, because you asked:

The Best Places for Brunch in Galveston

As we do, we’ve collected an extensive list of the best restaurants for a local brunch and categorized them by daily, weekend, and Sunday brunch options. Where possible we link you directly to the brunch page of their websites.

It may be surprising to know there is currently only one place in Galveston to get brunch any day of the week and that’s Sunflower Cafe. When the mood strikes you, they do brunch right every day. Not only that, but the service and selection at Sunflower Bakery & Cafe is top-notch! 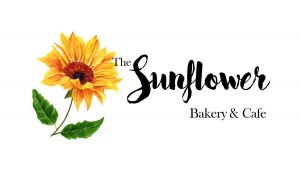 Breakfast is served early, lunch starts at 11am. Brunch lasts until 3pm daily. Try one of the brunch specialties which include Hatch Chile Omelet, Benedict Turf & Turf, Mexican Hash, Smoked Salmon & Bagels. It’s a perfect choice if you love Belgian Waffles. Here they feature a light and crispy waffle topped with powdered sugar, served with whipped strawberry butter and maple syrup which you can also get with eggs or with whipped cream and berries. Not matter what you chose, you’ll experience great food and great service all day, every day at Sunflower! (Except for Tuesday, when they’re closed.)

Galveston Brunch On Weekends Only

Sunday is the most popular day for brunch but when you sleep in on a Saturday, here’s where you can go. 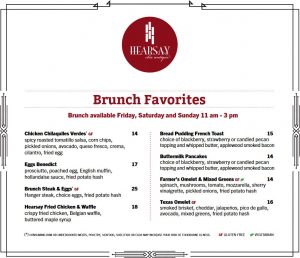 Friday, Saturday and Sunday brunch is going on at Hearsay on The Strand. Be sure to try the Texas Omelet or the French Toast – two of their specialties on the special menu. 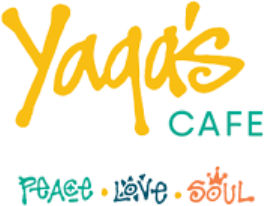 Offering several specialties: Bananas Foster French Toast – a delicious dessert-like entree for when you want to indulge. Also don’t miss these exclusive items on the brunch menu: Boudin Benedict, The Chuckwagon, or the Seafood Frittata. 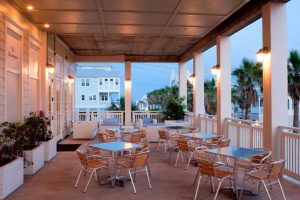 An select brunch menu offering breakfast items, light plates, and lunch entrees. You can’t beat the ambiance, the location, and the views. 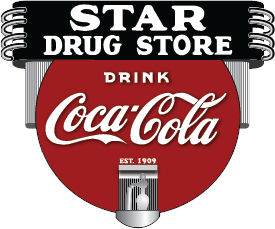 Star Drug is the oldest drug store in Texas, with a fun vintage diner style seating and really great food. No matter when you visit, you’ll come to eat and end up lingering just for the sake of nostalgia. There is a lot of history in the building.

They have a special brunch menu with typical breakfast entrees, omelets, Eggs Benedict and pancakes to name a few. Also included are sandwiches, burgers, salads and soups. Beer, wine, champagne and mimosas are available. When you need a kickstart, enjoy their New Orleans Chicory Coffee Milk.

Brick House in Galveston is open at 11am on Saturday and Sunday normally, and with a full menu. But on the weekend, you can also order from a special brunch menu, plus $2 mimosas. Breakfast, burgers or hair of the dog all listed on the special menu.

Save your appetite for Sunday – the perfect day for brunch in Galveston. Some local restaurants fill up fast, particularly on holidays so you may need to call ahead for a reservation. It’s always best to check before you go, so we’ve included contact information and links in the listings below. 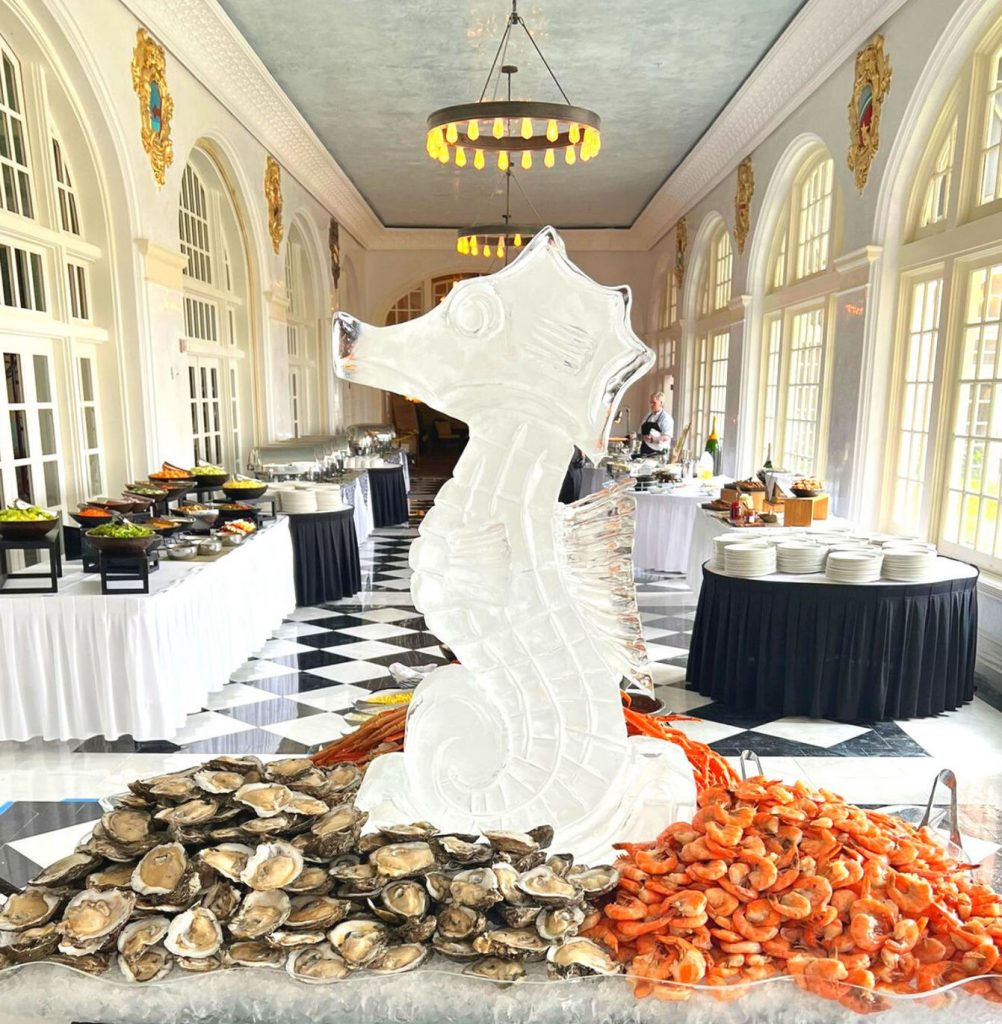 For the usual breakfast fare, the brunch offers omelets made to order and a full waffle station. When you have more of a taste for lunch, you can try the pasta station which includes alfredo and marinara sauces you can layer on top of several types of pasts then add veggies, chicken or shrimp. Yum!

Prime rib is served up at the carving station and sometimes you can find ham, lamb, or turkey during special ocassions. as any good brunch would, the Galvez buffet always includes eggs benedict. The entress include fresh vegetables and a mix of beef, chicken, fish, or pork. Don’t miss a taste of the seafood gumbo. Grown ups can enjoy wine, champagne, and mimosas with their meal.

Desserts are a hit with Galveston favorite bread pudding, cakes and cobblers plus ice cream and assorted candy. 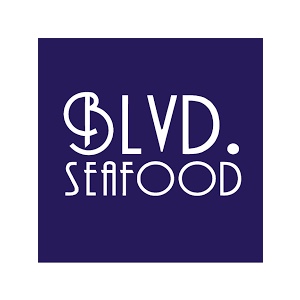 BLVD. Seafood on the Seawall in Galveston has a special menu just for brunch on Sundays. They offer some unique brunch entrees that you should definitely try.

We suggest the Cajun Eggs Benedict with Andouille Sausage, Gulf Shrimp and Blackened Hollandaise. For a sweeter taste try the Banana Nut Bread French Toast, doesn’t that sound amazing all by itself?

But wait, how abut Snapper and Grits for something a little different? Crab Cake Waffles anyone? Oh Please Sunday – hurry and get here!

You can add on pancakes, fruit or breakfast potatoes. But the best part are the choices of Mimosa. Who knew there was a choice? There is at Blvd. 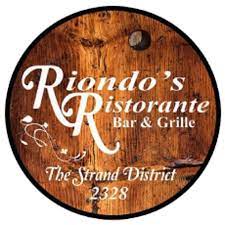 Riondo’s Ristorante on The Strand has an extensive wine and beer list accompany their special brunch menu, in case you need some hair of the dog. They also offer mimosas, bellinis, and a solid bloody mary.

For food, check out the Shrimp Migas, Tiramisu Crepes, or the Italian Sausage Egg Bake, or the Grand Mariner French Toast. Yum, we’ll meet you there! 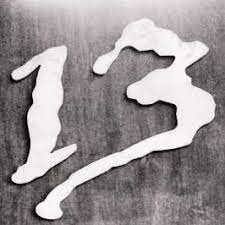 They do have a small menu, but really you’ll go for the prime rib and eggs. It’s 14 ounces smoked and grilled prime rib served with asparagus and eggs cooked to order. That’s the reason you go to Number 13 on Sunday morning.

Join up at Mario’s Seawall for Sunday Brunch where you find the locals and a great Bloody Mary! As part of a growing Galveston tradition, the brunch at Mario’s Seawall offers an extensive menu. Select from classic breakfast meals, Sunday favorites, and brunch specialties such as a Shrimp & Lobster Taco, Mozzarella Caprese Avocado Toast, Lobster Eggs Benedict, Grouper Tacos, Chicken & Waffles. All that and more goes to show they aren’t just a typical pizza place!

What is Brunch vs Breakfast?

Sometimes there is confusion about the difference between brunch and breakfast. Although both meals are eaten in the morning, there are some key differences between the two.

As you know, breakfast is typically eaten within an hour or two of waking up, while brunch is usually eaten around midday from late morning to early afternoon. Breakfast is also generally a lighter meal than brunch, which is more like a combination of breakfast and lunch.

Another difference between brunch and breakfast is that brunch is often seen as a leisurely meal, while breakfast seems more functional. Maybe this is because brunch originated in England in the late 19th century as a way for the upper class to socialize on weekends.

Brunch is typically on the weekend (or any day when you are on an island, right?) and it’s kind of the only early meals that is socially acceptable to serve alcohol. Because of that it is the perfect hangover cure for those that sleep in later after partying late on Friday or Saturday night.

What is Served at Brunch?

Popular brunch items include waffles, omelets, and fresh carved roasted meat servings, and you can usually chose typical lunch items like soups and salads. If you are attending a Galveston brunch you are likely to find shrimp, crab legs and seafood dishes as well.

What is the best time for brunch?

While some diners prefer the formality and distinction of socially accepted brunch hours, etiquette has been traded for a surf vibe and island time – as it should be. Who cares what time brunch is served? Just make sure you check the list of Galveston brunch restaurants below, we try to keep up with the days and hours of each location. Calling ahead to verify is always suggested.

The time for brunch is just sometime between breakfast time and lunch. Brunch is particularly popular when a holiday falls on a Sunday or Monday and the busiest days being Easter and Mother’s Day. On holidays you may find an even larger selection and more variety.Is Brunch Only On Weekends?
Not if you are in Galveston for Brunch! A daily brunch including The Sunflower Bakery & Cafe, [[LINK ]]

Sunflower Bakery and Cafe: A Delicious Hidden Gem in Galveston