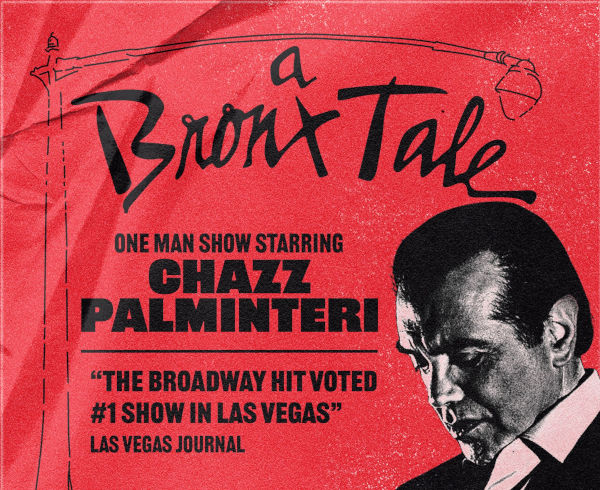 A Bronx Tale, the hit Broadway play that inspired the 1993 film of the same name, tells the coming-of-age story of Calogero Anello, a young New Yorker torn between the temptations of organized crime and the values of his hardworking father. In this powerful one-man show, Academy Award® nominee Chazz Palminteri brings 18 characters to life and takes you right to the stoops of the Bronx in the 1960s — where a young man is caught between the father he loves and the mob boss he’d long to be.