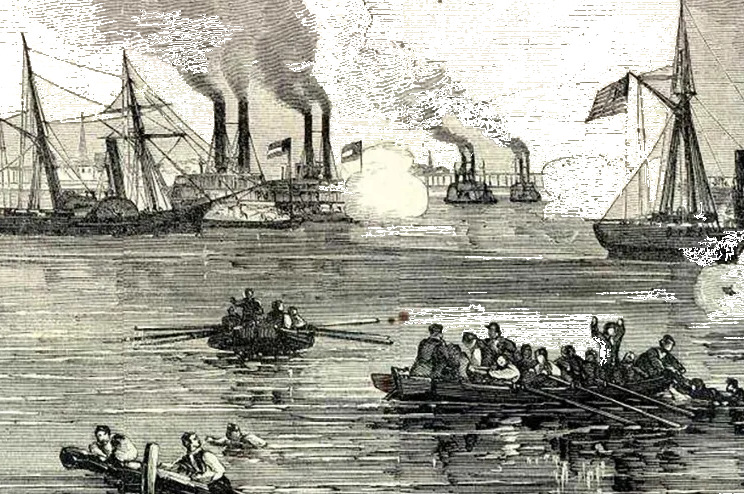 (This tour is also available on Saturday, Jan 8)

The Battle of Galveston, which took place during the early morning hours of January 1, 1863, is widely acknowledged as the most important military event in Galveston’s history. Played out on both land and sea over the course of several months, the Battle of Galveston ended with Confederate forces driving out the Union ships that had held Galveston Harbor since October 1862.

The Battle of Galveston really comes to life with the insight of Ed Cotham. This often overlooked occurrence changed the direction of the port of Galveston. The story of the people and place become real through this walking tour. – Dwayne Jones, GHF Executive Director

Join noted historian, Ed Cotham, for a walking tour of downtown Galveston as he shares the history of this battle and offers access to view the setting of the battle from locations including the 1859 Hendley Building. The tour will meet at GHF headquarters, 2002 Strand, and will visit the Peanut Butter Warehouse, and more. Tours will be held on Saturday, January 8 at 10 a.m. and 2 p.m. and Sunday, January 9 at noon. Tickets are $30 per person or $45 per person with Ed Cotham’s new book. Reservations are required.