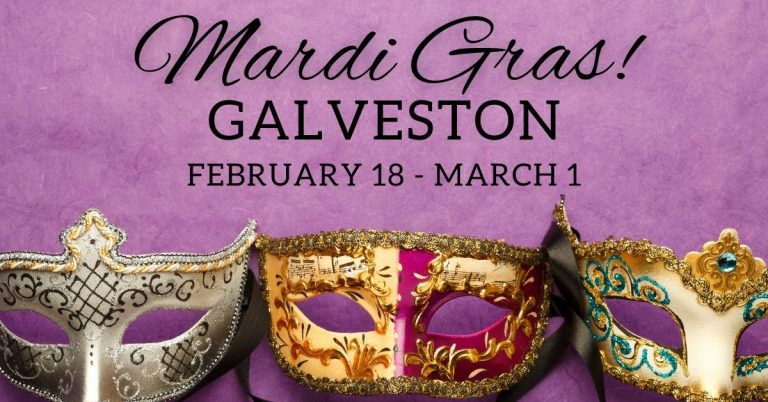 For An Exceptional Real Estate Experience - Talk To TGRE 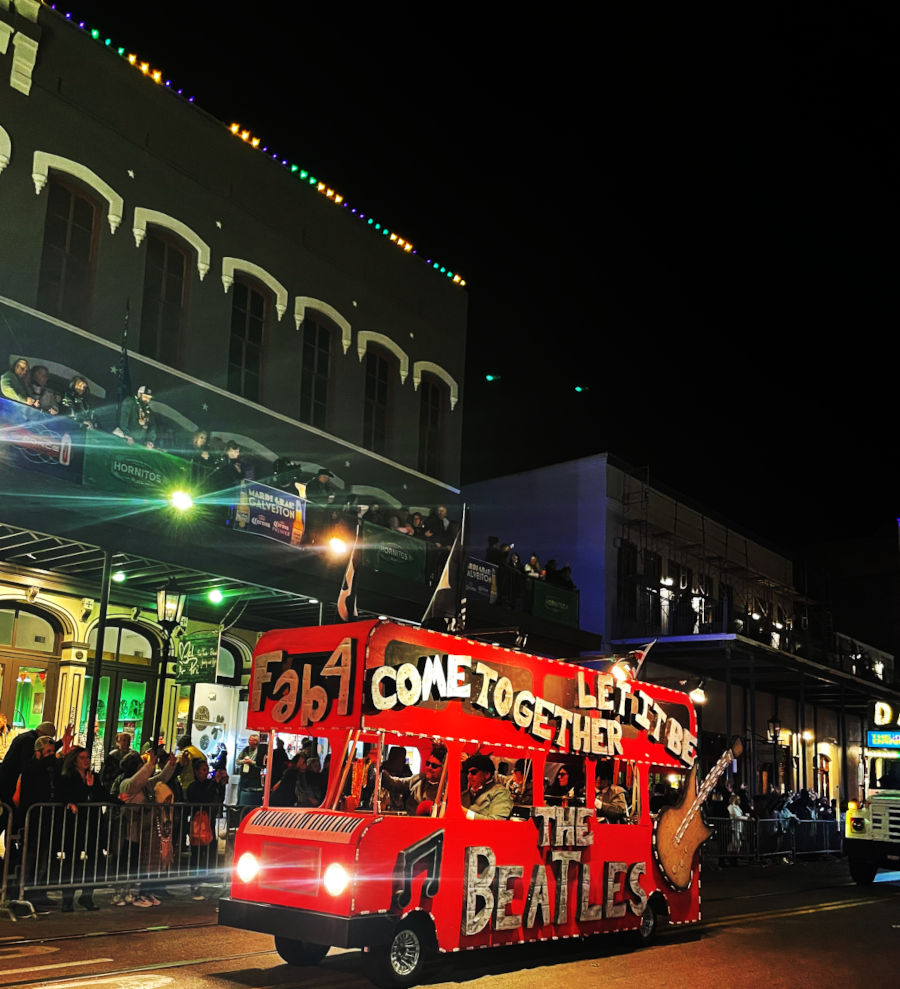 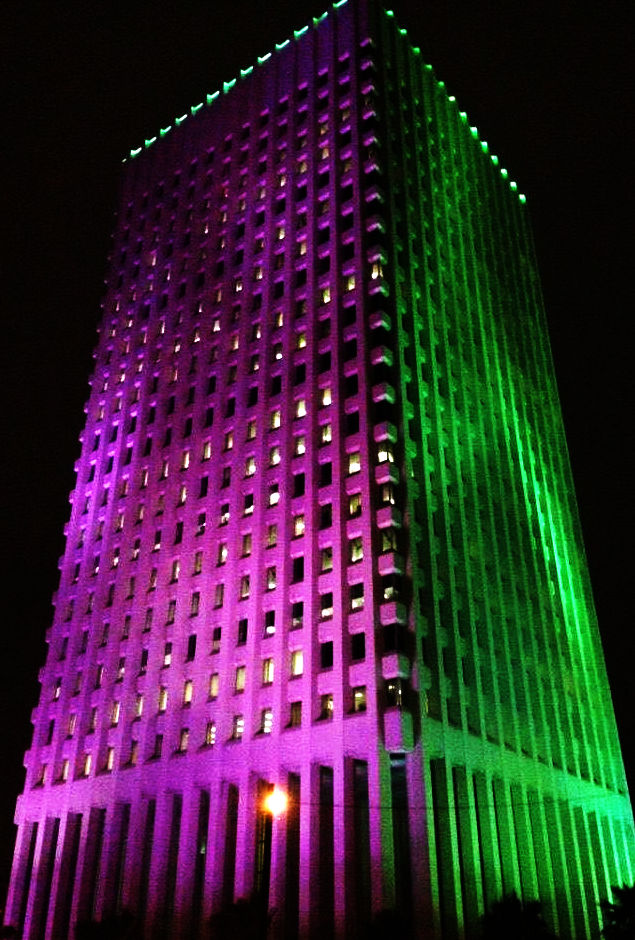 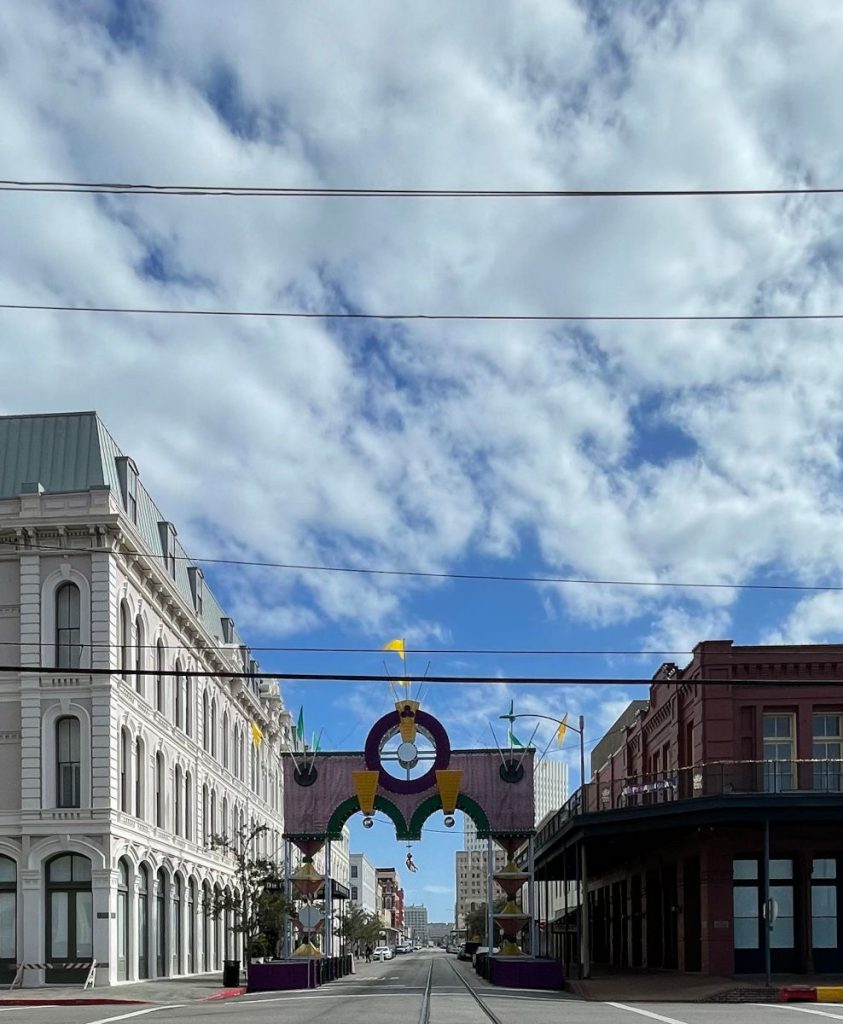 For an Exceptional Real Estate Experience - Talk To TGRE

For an Exceptional Real Estate Experience - Talk To TGRE
* For more information about Mardi Gras! Galveston tickets, refer to the Frequently Asked Questions.

Tickets are required for entrance into the Mardi Gras! Galveston Entertainment District for every day of the event (February 18-20 & 25-27) except Family! Gras on Sunday, February 27.

Gates open at 5pm on Fridays, 11am on Saturdays, and 11am on Sundays.

Tickets are available for one-day or can be purchased in weekend packages or festival packages. 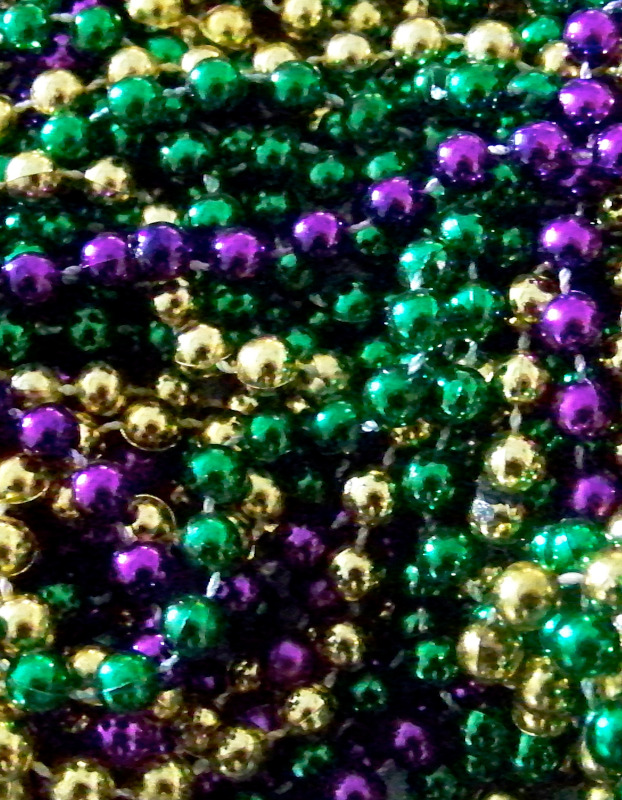 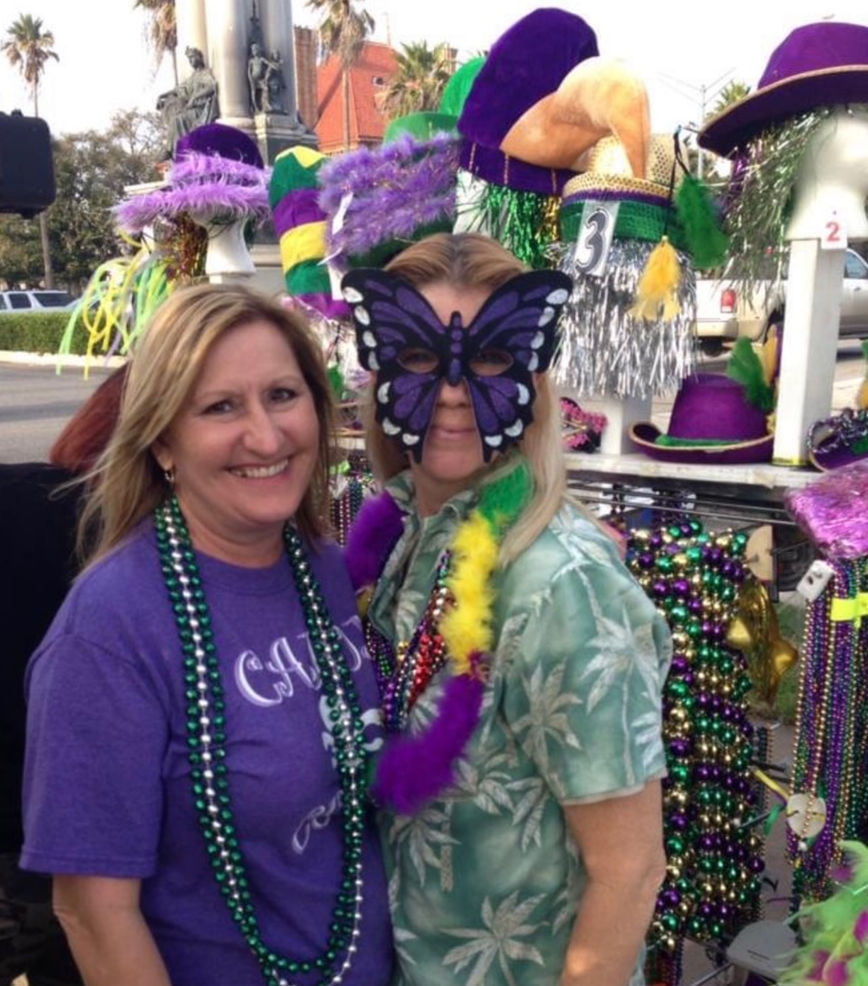 *Does not include entry into privately held or sponsored or Krewe balcony parties. See Designated Balconies below.*

Balcony parties feature a great view of the Mardi Gras festivities, cash bar and music! Your package will include your gate admission and entrance into designated balconies. Balcony rotation enforced when applicable. Prices do not include taxes and fees. Balcony attendees must be 21 years of age or older.

What is Mardi Gras and when is it celebrated?
The Mardi Gras schedule is dependent upon where Easter falls on the calendar. Mardi Gras season starts on January 7th (the day after Epiphany) and runs through the Tuesday before Ash Wednesday, known as Shrove Tuesday or more popularly, Fat Tuesday. The last two weeks of Mardi Gras are when the public celebrations are held, collectively called Carnival.
However, today when most people ask, “Are you going to Mardi Gras?” They are referring to Carnival, the public celebration. In Galveston, the official Carnival is called Mardi Gras! Galveston.
Mardi Gras! Galveston is held on the streets surrounding eight blocks of downtown Galveston between 21st, 25th, Strand, and Mechanic Streets. During the last two weekends of Mardi Gras, this area is gated Friday night starting at 5pm and all day Saturday and requires a ticket to enter.
What and when is Mardi Gras! Galveston?
Galveston’s official public celebration of Mardi Gras is called Mardi Gras! Galveston. It is held on the last two weekends of the Mardi Gras season: Friday 5pm-1am, Saturday 11am-1am, and Sunday 12pm-5pm.
The public celebration takes place in the Mardi Gras! Galveston Entertainment District, a gated area bordered by 21st, 25th, Strand, and Mechanic Streets.
The dates for 2022 are February 18, 19, & 20 and February 25, 26, & 27.
Do I have to buy a ticket?
In Galveston, Mardi Gras is celebrated everywhere—at private homes, in bars, restaurants, and entertainment venues. Most of these places do not require an additional admission purchase. So, don your green, gold, and purple and head on out during any part of the celebration—you will fit right in.
However, if you want to attend the official Mardi Gras party of Galveston, called Mardi Gras! Galveston, you will need to purchase a ticket. Tickets can be purchased at the door or in advance for a discount. Packages are also available. You can find out more about those options here.
Family Gras! Galveston, held on the last Sunday of the festival, is free.
Why is Galveston’s Mardi Gras gated?
A long, long time ago, in a magical place known as Galveston, an apathetic city government decided that hosting the official Mardi Gras celebration was too expensive and too risky. And so, a local conglomerate known as Yaga’s Entertainment took on the job. To defray the costs of hosting, security, etc., the decision was made to gate off an area of downtown and charge admission.
Some locals believe that this decision diminishes the true spirit of Mardi Gras, which is typically a collective celebration that is not centrally organized. As an upside, however, Galveston’s gated celebration typically includes great concerts and offers more of a street festival atmosphere with food vendors and retail kiosks.
What does the ticket into Mardi Gras! Galveston get me?
General Admission into Galveston’s official public celebration, Mardi Gras! Galveston provides all-access to the street portion of the festival located in the Mardi Gras! Galveston Entertainment District. This includes concerts on two stages, food and beverage vendors, and retail kiosks. Admission into the festival also guarantees direct access to all of the major parades. Check ticket prices here. General Admission does not include entrance into balcony parties, but tickets purchased for balcony parties always include general admission.
Can I watch the parades without buying a ticket?
Yes! Most of the Mardi Gras parades held in Galveston travel on two main parade routes, both of which are always accessible without buying a ticket into the gated portion of downtown.
For the downtown route that circles between 25th Street, 20th Street, The Strand, and Mechanic Street, travel to the far eastern portion of the route along 20th Street—the gates end at 21st Street. To find the parades that follow this route, click here.
The three largest parades in Galveston follow routes that start on the Seawall, travel downtown via 25th Street, and end by circling the downtown route.
The Knights of Momus Parade starts at 23rd & Seawall Boulevard, so it is free to watch anywhere along the 25th Street corridor between Seawall Boulevard and Mechanic Streets.
The Mystic Krewe of Aquarius and Krewe of Gambrinus parades both start at 57th & Seawall Boulevard, travel east to 25th Street, then down 25th Street, so these parades are free to watch anywhere on Seawall Boulevard between 25th & 57th Streets and anywhere along 25th Street between Seawall Boulevard and Mechanic Streets.
For a complete schedule of parades and their corresponding maps, click here. 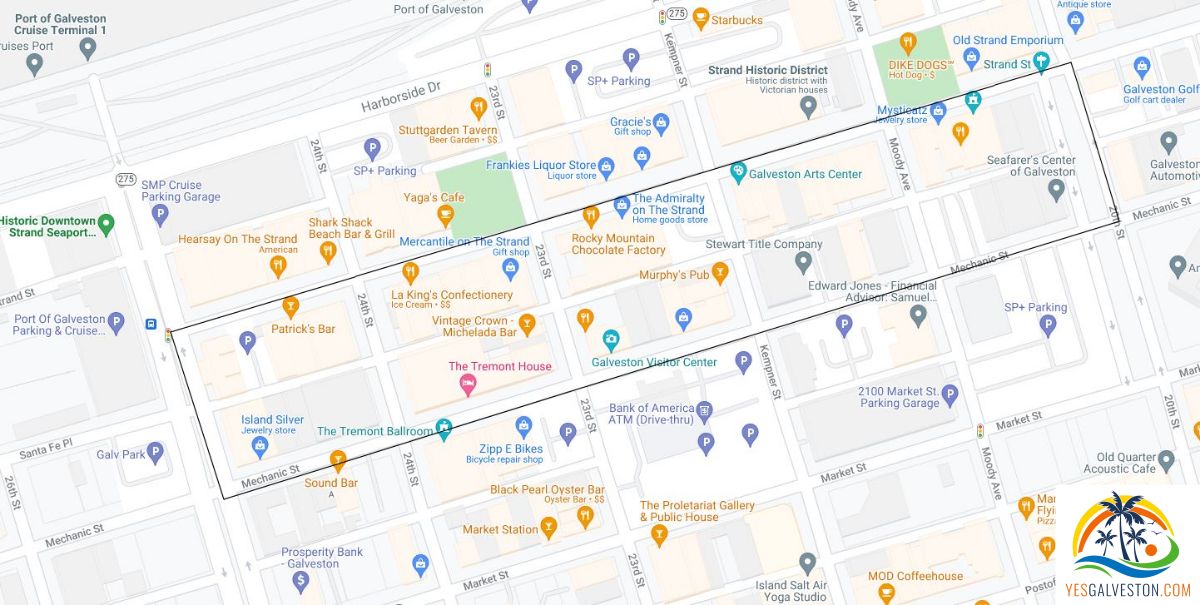 Circles through the Strand Historic District East on Mechanic, North on 20th, West on Strand, South to Mechanic. All parades *except Krewe of Gambrinus, Mystic Krewe of Aquarius, Knights of Momus, & Krewe d’Esprit Rosaire Parade. Click for larger view on Google Maps. 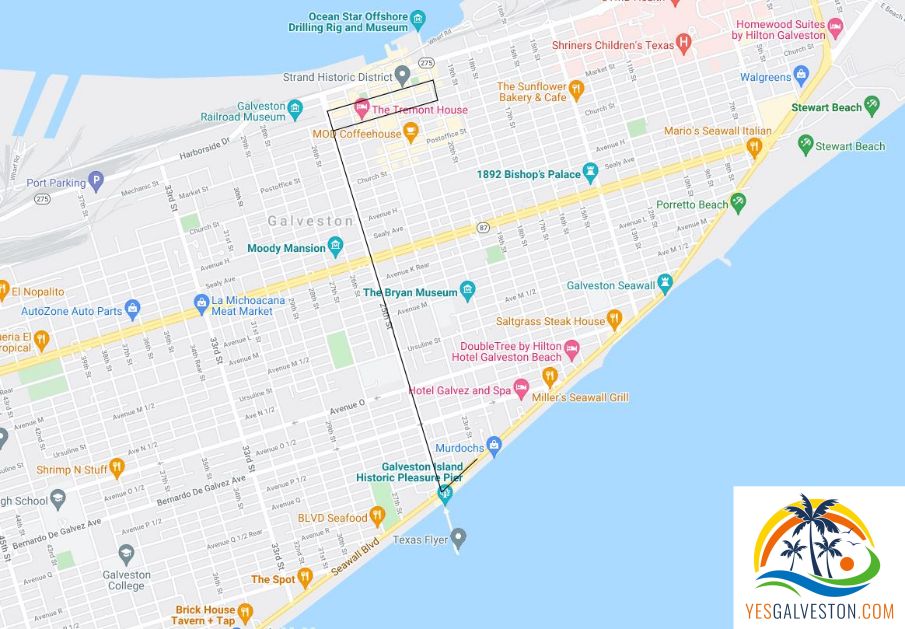 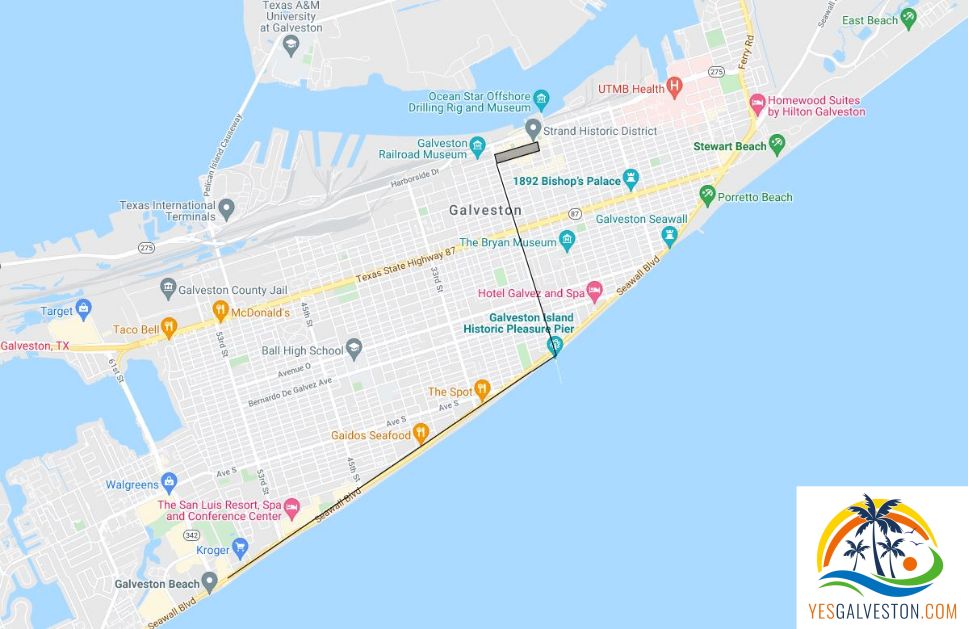 Krewe Babalu puts one or more floats in numerous parades throughout the Mardi Gras celebration, and they sell tickets to ride on these floats to the public. Processing fees are included in the ticket price. Must arrive at least one hour before parade start time. Meeting places vary depending on the parade. Detailed information will be sent to you upon booking. Beads are not included in the ticket price (see below).

The links below include discount hotel packages, limited availability.