Galveston celebrates its vintage past and this year is no exception! Join in the celebration based on island events from summers past, such as the Pageant of Pulchritude and Splash Day. The Galveston Island Beach Revue was brought back into contemporary family-friendly event that continues to grow each year.

This year includes a full 2-day venue with special events, “Bathing Beauties” contestants and more as we celebrate Galveston’s “Kickoff to Summer”. It’s going to be a great one! May 20-21 at 2102 Seawall Blvd.

Dubbed the “Pageant of Pulchritude” by C.E. Barfield, the Galveston beauty contest began in the summer of 1920 and from then on marked the kick-off for tourist season each year. By 1928, the event (which had morphed into the “bathing girl revue”) had become so popular, the Island’s population was said to have tripled during the event weekend. These Island pageants are said to have been the beginning of what we know today as the Miss Universe Pageant. The famed Galveston Bathing Beauties pageants ended in 1932 due in part to the Great Depression.

Based on Island events from summer seasons past like the Pageant of Pulchritude and Splash Day, the Galveston Island Beach Revue was resurrected into a contemporary two-day, family-friendly event in 2009. Beach Revue history continues to grow each year through events, contestant participation, and attendance and is officially the City of Galveston’s “Kickoff to Summer” event.

The Revue features events Friday and Saturday culminating in the Bathing Beauties Contest. The contest itself has become a must-see event as locals and tourists of all ages swarm the beach and seawall for a glimpse at the vintage swimsuits, parasols, and of course the “world-famous” Bathing Beauties themselves. Be part of Beach Revue history yourself and join for the family-friendly fun! 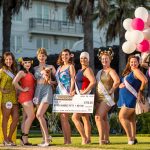 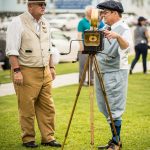 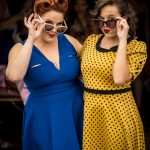 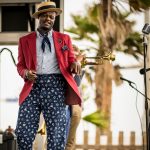 The Galveston Island Beach Revue continues to grow each year through events, contestant participation, and attendance and is officially the City of Galveston’s “Kickoff to Summer” event.

The Beach Revue features 30 amazing Bathing Beauties along with performers and presentations, an all-star lineup of judges, and emcees. Come be a part of our amazing guests!

Related Topics:FeaturedMayThis Month
Up Next