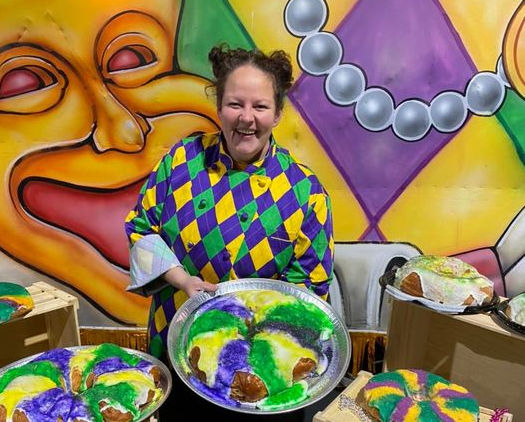 Where To Buy Local King Cake

Don’t settle for grocery-bought King Cake during Mardi Gras Galveston. Be sure to chose a local bakery and let the good times roll! Here’s where you can buy King Cake locally.

Sunflower Bakery
Choose from Raspberry Cream Cheese or Cinnamon Cream Cheese! We love them because of their everyday brunch, but you can also always get delicious treats at Sunflower Bakery & Cafe. Call ahead for in-store availability or email sunflowerbakerycatering@gmail.com to order. 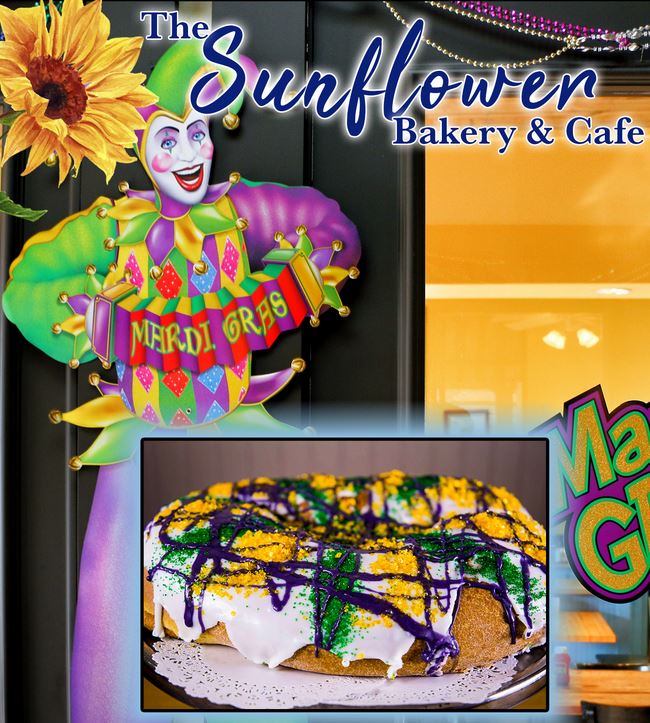 King Cake will be available for pickup only on Friday at
La Cocina
1508 39th
Galveston, TX 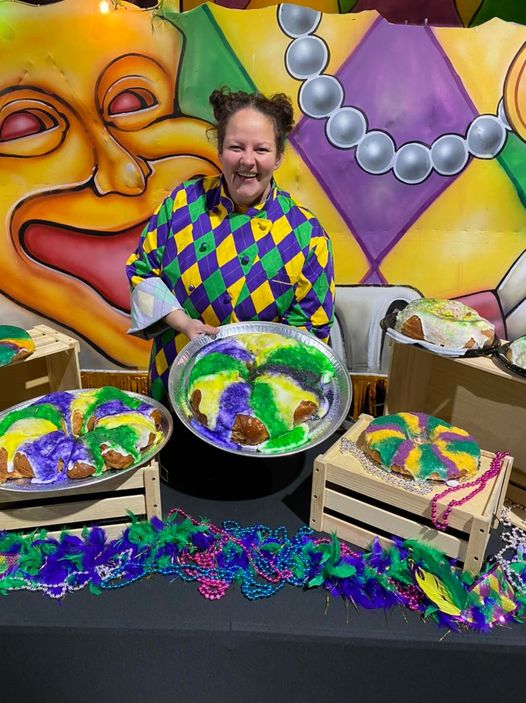 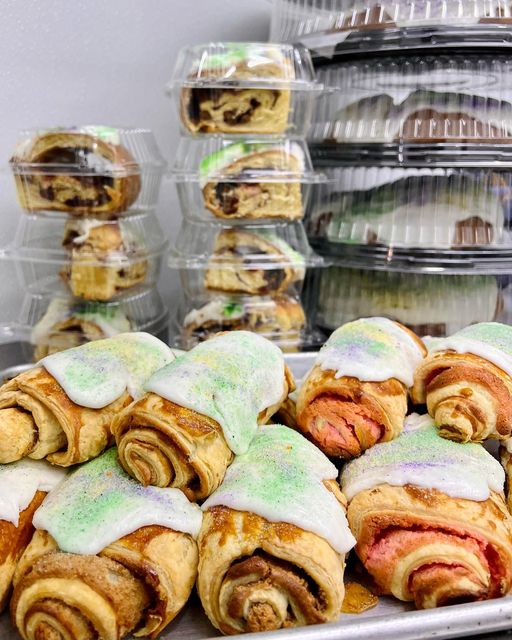 Stop in to get your King Cake
2706 Market Street
Galveston, TX 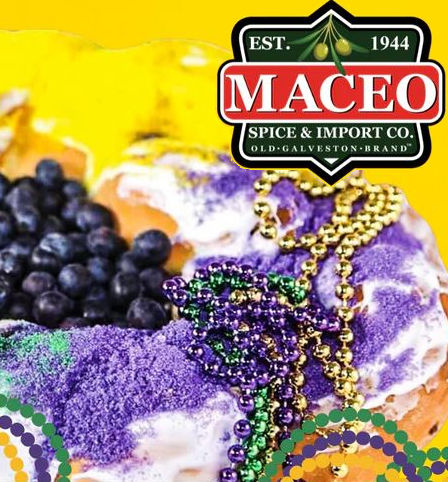 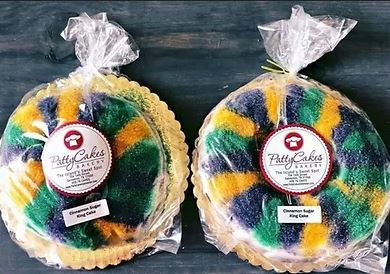 All kinds of options for filling and three different sizes to choose from!
$45 for a Large King Cake
$25 for a Medium King Cake
$12 for a Small King Cake 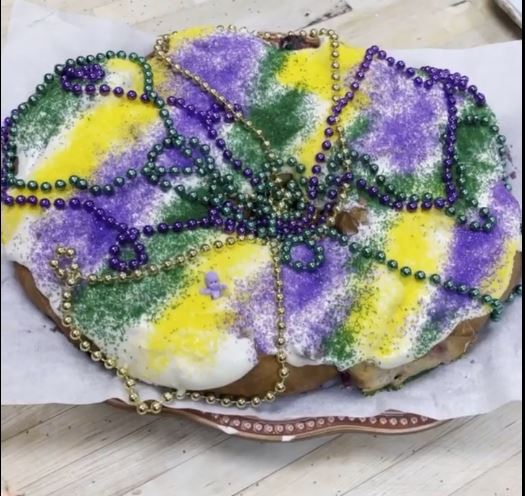 What Is King Cake? 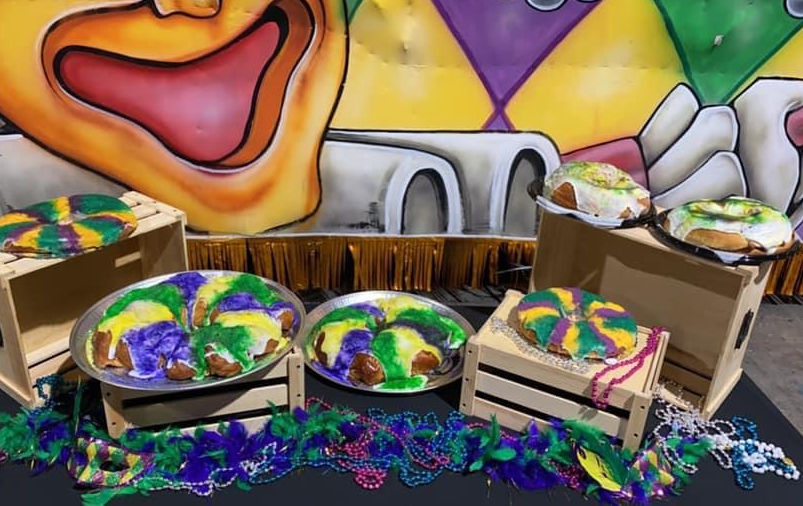 Mardi Gras Day has a moveable date and may occur on any Tuesday from February 3rd to March 9th. It is always the day before Ash Wednesday, and always falls 46 days before Easter.

The Mardi Gras or Carnival season officially begins on January 6th or the “Twelfth Night,” also known to Christians as the “Epiphany.” Epiphany comes from a Greek word that means “to show.” Jesus first showed himself to the three wisemen and to the world on this day. As a symbol of this Holy Day, a tiny plastic baby is placed inside each King Cake.

King cake is first served on King’s Day (January 6) and lasts through the eve of Mardi Gras to celebrate the coming of the three kings, as well as to honor them with a sweet homage to their jeweled crown.

The King Cake tradition is thought to have been brought to New Orleans from France in 1870.

In the past such things as coins, beans, pecans, or peas were hidden in each King Cake. Today, a tiny plastic baby is the common prize. At a party, the King Cake is sliced and served. Each person looks to see if their piece contains the “baby.” If so, then that person is named “King” for a day and bound by custom to host the next party and provide the King Cake.

King cake comes in a number of styles. The simplest and more traditional cake is made of a ring of twisted dough similar to a cinnamon roll. It is an oval-shaped baked delicacy that is a cross between coffee cake and a rich pastry. It is usually topped with sugar or icing which is colored in Mardi Gras colors. Purple is for justice, green is for faith, and gold for is for power.

Cakes may also be filled with cream cheese, praline, cinnamon, or strawberry. Other flavors include a chocolate icing with coconut filling. They all sound delicious.

Related Topics:prevThis Month
Up Next